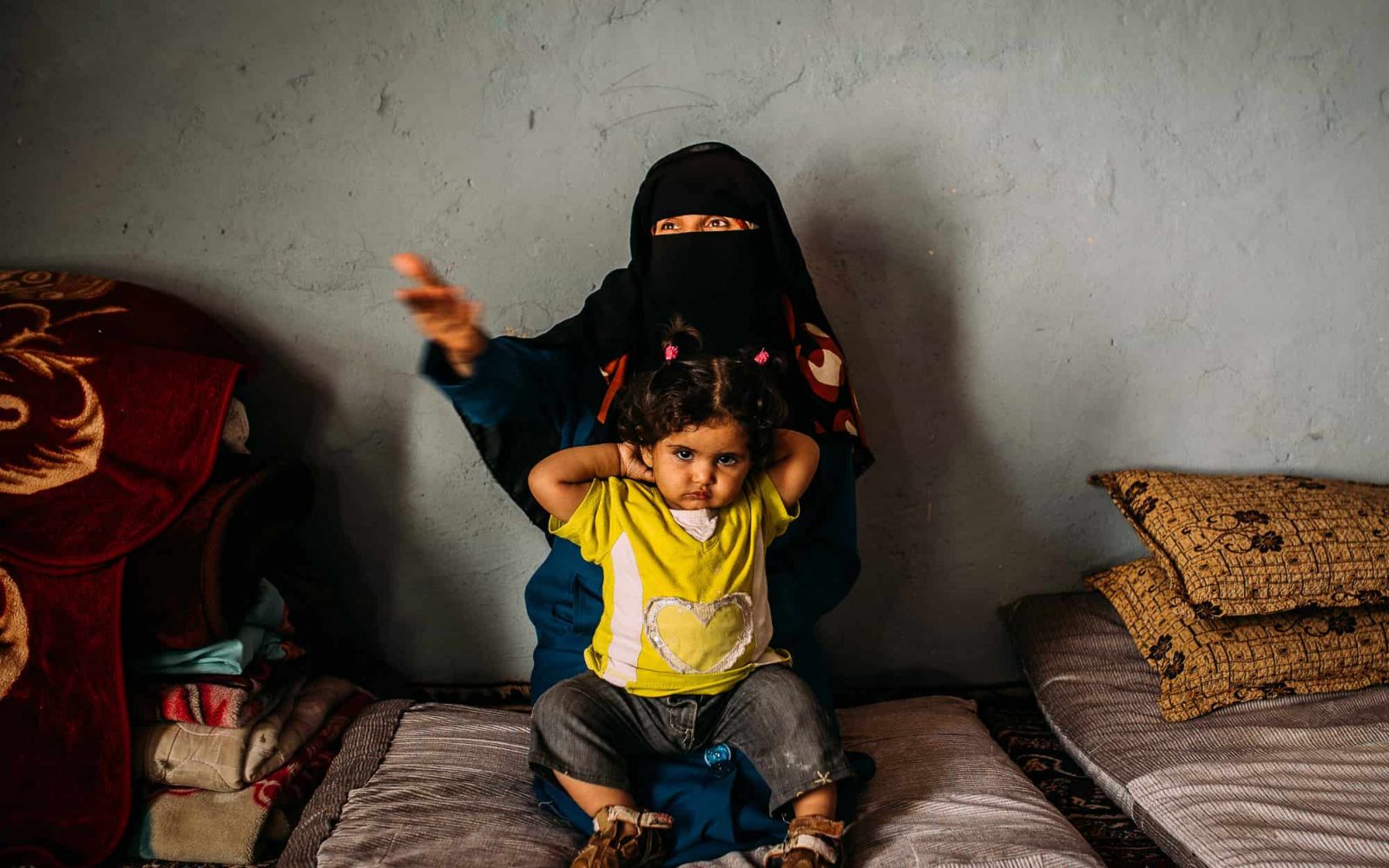 Today’s visit at a Syrian family’s home makes it hard for me to write this lines. The destiny of the family who welcomes me in in a run-down hut saddens me too much.

Zahira arrived near Mafrak 5 years ago. After the war in Syria began, the family tried to stay in Syria for another 1,5 years, until two daughters saw fighter aircrafts and had to run for their lives. One daughter stumbles and broke her leg. The other one ran home and got help. Zahira told us that she was full of sorrows for her daughter who was lying on the streets while bombs dropped down from the sky.

Zahira is mother of 5 daughters and 2 sons. On daughter suffers from autism, one son was born without arms. The disabled son attends the Hope Kindergarten of Vision Hope. The headmaster of the kindergarten told me that he wouldn’t had a chance to find a place in a kindergarten somewhere else.

Despite the handicap, the headmaster took him in and integrated the shy boy in the children’s group. The boy and I became friends instantly yesterday – I helped him open his chocolate bar. Yesterday he got a star on his forehead because of his good performance and he smiled in the camera.

Zahira’s husband works as a farmer, he doesn’t earn a lot. She receives food stamps from the UN, which she can use for food only. She can’t by clothes and necessary hygienic products with the coupons. After the bomb attack on the school they fled to this beautiful country. She thanks God for that. I look around the hut and feel ashamed while she tells me her story. There I sit with my big camera and take pictures, hide behind notes, and helplessness begins to unfold. One big daughter brings cake and lemonade. I don’t dare to take a bite because I know they have to save every penny, but denying would be rude.

Zahira is extremely thankful for the engagement of Vision Hope. Not only does her son attend the kindergarten, her daughter also attended the preschool until summer. Unfortunately, the afternoon program doesn’t take place at the moment, in which she used to participate.

Her autistic daughter also receives therapy there. Vision Hope leaves no stones unturned to start the afternoon program again, but bureaucracy and authorities in Germany and Jordan, local organizational structures and money are important factors. When one factor is missing, projects get cancelled or delayed. But the whole family can receive help here.

Zahira says she doesn’t have to pay any rent since mice are coming through the roof. She attended school until sixth grade, her daughters should get the chance to attend longer. Her oldest children are unbelievably hardworking and receive good grades. This is the only way to get out of poverty.

She has money troubles since her daughter actually needs therapy and medication, but there is not money for that.

When taking the group pictures, she stares at the ground. She is wearing her Niqab the whole time, a man is present. When asking her about her dreams she wishes to go back to Syria. She dreams of peace for her and her family. She wants to see her children grow up happy.