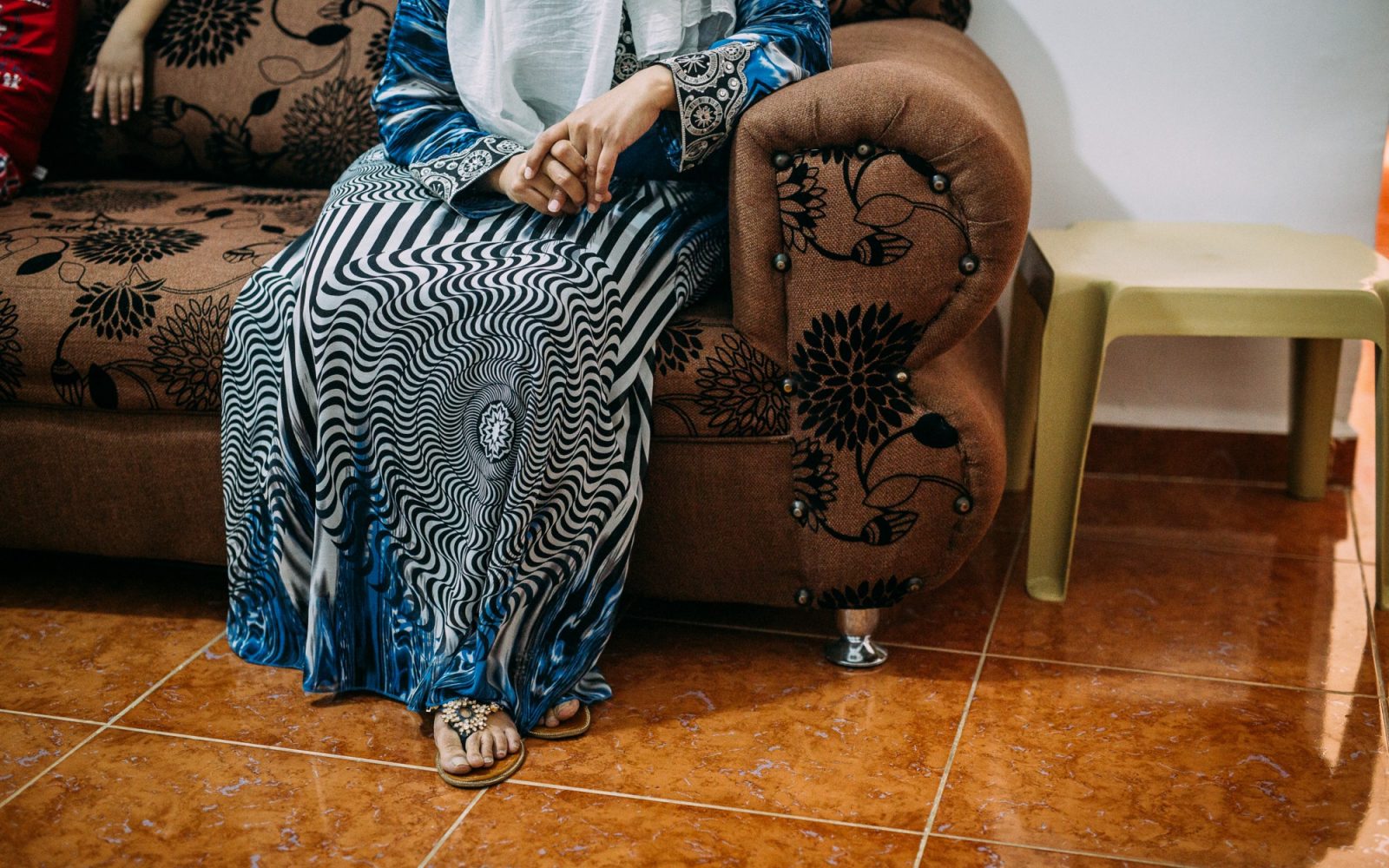 Amira from Syria, and her 3 sons.

Amira from Syria is the mother of 3 sons. She lives in Karak since 2012, where she rents a small apartment. While drinking lemonade, she tells us her story. Her husband works in a small shop in town. She doesn’t want to be shown on the pictures, of course we respect her wish.

Nore, her youngest son (on the picture) suffers from a kind of leukemia and has to go to the hospital for treatment every 20 days. Amira and her son have to take the two hour bus drive to Amman, because the hospital doesn’t charge for treatment. Except for the treatment, she doesn’t get any support from the UN.

Nore went to the Vision Hope kindergarten, but is now attending school — it doesn’t go so well for him. While we are sitting in the apartment, her son doesn’t want to pack his school bag. He doesn’t want to attend school, because he doesn’t have any friends anymore. Four weeks ago he still visited the public school in the morning, had friends and joy of learning. Now he was divided to the afternoon group. It is not possible for all Syrian children to attend school in the morning. This is why they are taught separately in the afternoon. A lot of important subjects are eliminated. Amira is unhappy because her son doesn’t get the same education as the other kids. Without education he won’t learn a profession.

Amira worked as a pre school teacher at the Vision Hope kindergarten until quite recently. Unfortunately, the law is difficult, because Jordanians are being preferred, that’s why her job was assigned to a Jordanian woman. She had a hard time, because living here is expensive and she desperately was in need for money.

Reporting from Syria, she said that she saw a lot of blood on the street and a lot of people went missing in her home. In addition, her son need blood transfusion. At some time she had to look for a donor herself who would come with them to the hospital and donate the blood. Then, she packed their things and went away from home. Firstly, she was looking for help in her country, without any success. She came to Jordan in 2012. She is missing her sisters and her home, she says. She is stressed by the fact that she doesn’t own a house anymore. The translator explains that the house is the domain of women, that’s why it is of such a high importance. I begin to understand some cultural differences a bit more. Going back to Syria is not an option for her. Her house is destroyed — ‘there’s nothing left there for me.’

When I ask her about her sorrows, she starts to cry and asks us to pray for her son. We are sitting at her seating area and begin to pray. I see her tears and have a lump in my throat. She is missing her family. The remaining members fled to Turkey a couple of days ago. She says, that the situation there for refugees is even harder than in Jordan…

I think about the reports from befriended volunteers from Turkey. I wish that all the negative reports wouldn’t get confirmed all the time.

But Amira remains hopeful. Vision Hope is awaiting approval for an afternoon project for children and women. Amira then might get the chance to work as a teacher in the kindergarten again to support children with their homework, for example. The projects would mean a big change for Syrian women like her, because she is not allowed to work in the mornings. Then she would earn money again and see a light at the end of the tunnel.