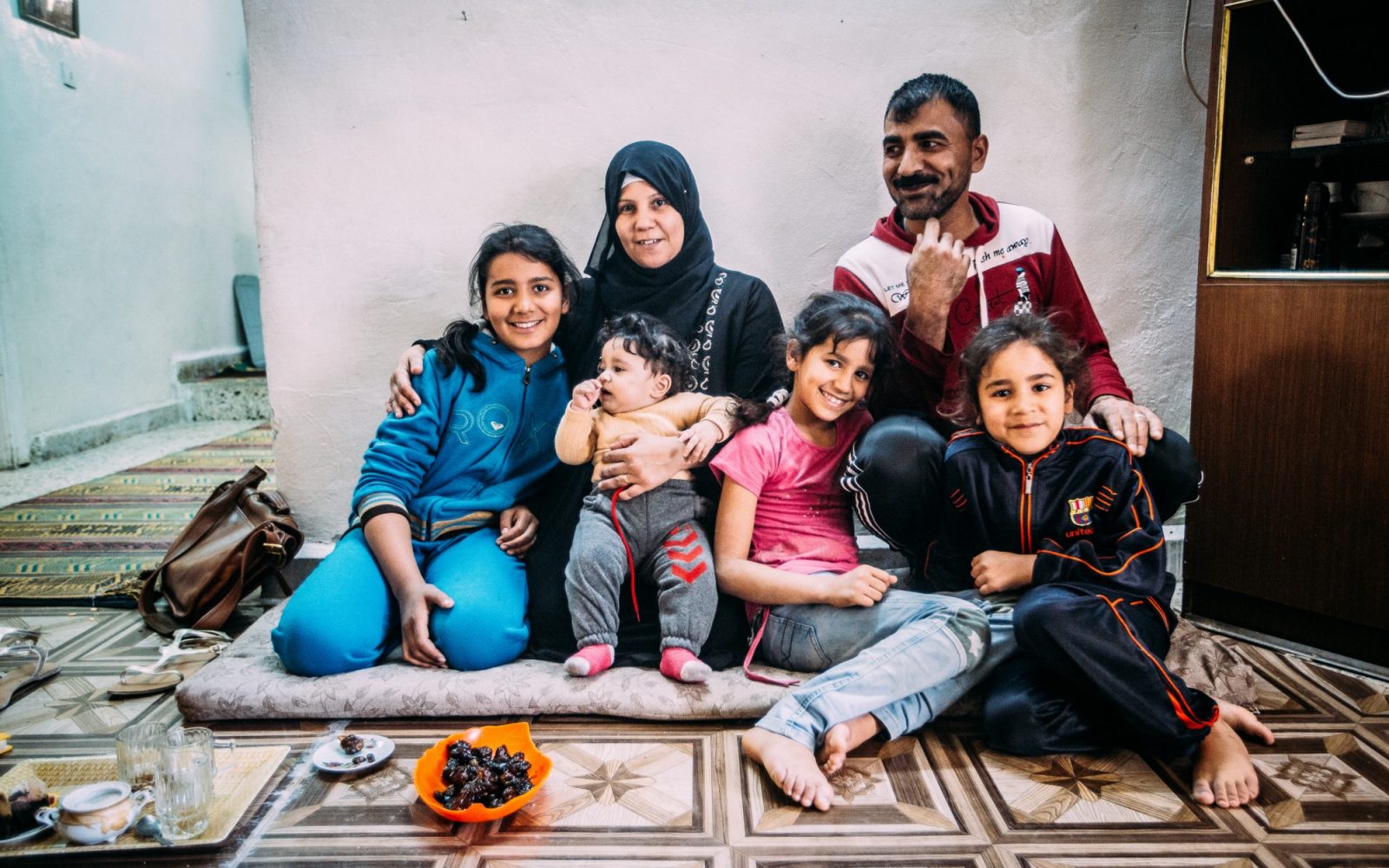 This is Manal and her family from Syria. She has four children, is 32 years old and a real superwoman. She’s from Homs and fled to Jordan in 2013. Her children are sitting next to us, they proudly show us their English workbooks and practice some English words with us. The oldest girls dream of becoming doctors. The baby will probably become a chef because it’s always hungry, they said laughing. We are all laughing. It’s a relaxed atmosphere here at Manal’s house.

Before the family fled to Jordan, her husband would had been forced to join the army. He would be dead by now, if they had stayed. Manarls husband is sick. His knee is broken and he can’t stand on his feet for longer than a minute.

Her friendly face tightens when she starts talking about Homs. She saw children dying. ‘Everyone was killed, even women and children’. First they fled to family members within the country, but the war followed. While she is talking current aerial photos of Homs come to my mind. The war caused one of the biggest distructions. They crossed the dessert and came as illegal immigrants to Jordan. They lived in Camp Zaatari for 1 and a half months. Asking why they left the camp, she answered: ‘Do you want to see me dead? There is no water, everyone suffers from diarrhea, children are getting sick, everything is full of rubbish’. They tried to make a living at the Dead Sea, but couldn’t resists the heat and moved on to Karak.

As an illegal immigrant; Manal has no right for support. Every now and then she gets food stamps. Caritas gives her milk for the baby. Her husband is not able to work. To make ends meet they borrowed money from neighbors. They didn’t have anything.

It all stopped when Vision Hope offered her a job. Her getting the job as a cleaning lady at the kindergarten was a Heaven sent gift, she said. She proudly earns 100 Dinar (appro. 130€) per week. Using that money, she still repays some debts. But she found employment and can provide for her family.

While she talks, she laughs and her positive spirit lights up the room. Her warmth is consisting and I admire her strength. She is proud that all of her children are attending school. That’s solely her accomplishment.

When I asked Manal about her dreams, her answer came like a shot: ‘Going back to Syria in peace’. Her home is destroyed, but that won’t matter. Her whole family still lives there; they currently can’t stay but aren’t able to leave either.

I really enjoyed the time interviewing them. While waiting for the answer to be translated I had the time to observe people. I pay attention to their body language, the way they treat their children. I realize how important it is to just listen; letting someone tell their story is so easy, but yet so effective.