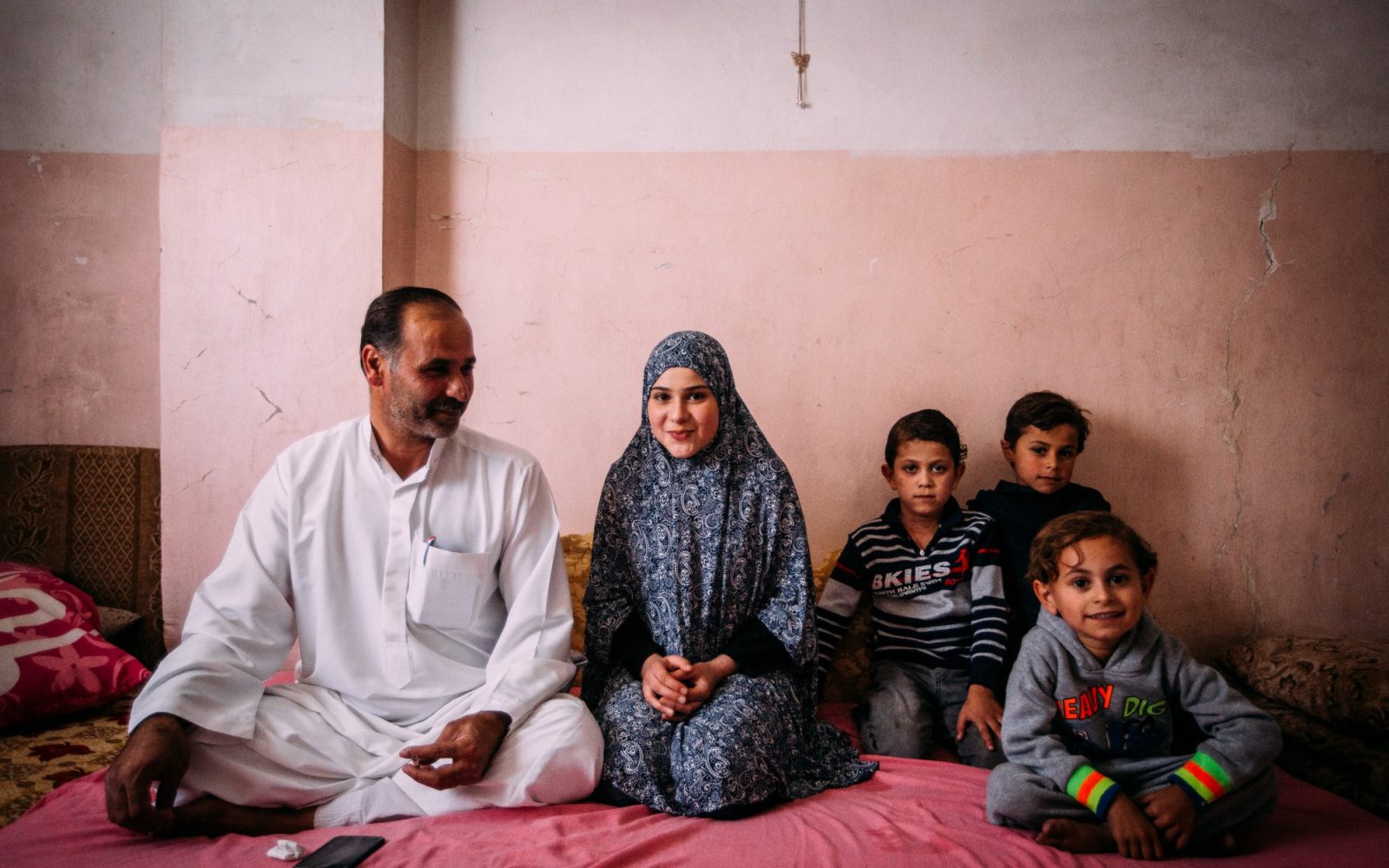 Mahmut’s only wishes for the life of his children.

Mahmut lives here since he fled from Damascus 5 years ago. His house was hit by a bomb. His left arm was wounded so badly that skin had to be transplanted from his tight. His youngest son (on the right in the picture) was buried under the collapsed building. His family dug him out with their bare hands and were really glad that he got away with a head injury only. Even today there is no hair growth at that spot. He visits the nursery of Vision Hope in Karak. Yesterday and today, I saw him playing in the kindergarten, I noticed this blanc spot in his hair. He always smiles at me at the nursery. The other kids had been saved by a roof beam, which created some kind of safety tent around the children.

Together with his family Mahmut first stayed in a camp in Zaatari, where they almost froze to death. That’s the reason they moved on to Karak.

The camp was just slightly better than death.

Mahmut lives on 200 Dinar (approx. 250€), which he receives from the UN. In addition, his oldest son brings some money home, but that’s all the family with 7 children lives from. The family lives in two rooms and a hallway. They gave me the permission to take pictures of their home.

As the school is fee-based, Mahmut can’t afford to sent all the children to school. His daughter (in the middle) is 14 and doesn’t attend school since 5 years. She observed me the whole time. She is bright, intelligent and kind. She told me should would like to go to Germany and brought me some coffee. The father has to decided who’s to attend school. Since the young girl could go to marriage, he decided to send the boys to school.

When I asked Mahmut about his dreams for the future, he responded that he only has wishes for the life of his children. His life was almost over. He dreams of a better life for them. He is sad, that they don’t have any real friends on the streets, because they’re not from Jordan.

His wife brings out her mobile and shows me pictures. Two of her oldest children are still in Syria. She could not witness the wedding of her daughter. She hasn’t seen her first grandchild yet. Mahmut wants to be a family again, living together with his friends in peace in Syria.

When I walked down the dirty stairs of the run down house, I’m not sure if I can be thankful for my own life, when there is so much disparity on the other side. There are encounters which one never forgets: meeting Mahmut’s daughter is one of them.

Photography: © Alea Horst for Vision Hope International. Jordan, 2016. In October 2016, volunteer Alea visited Jordan. From the field Alea sent us the pictures and the stories we bring now here in this series of ten articles. From the warm welcoming Arab kingdom where 89 in 1000 inhabitants are refugees, this are their stories.