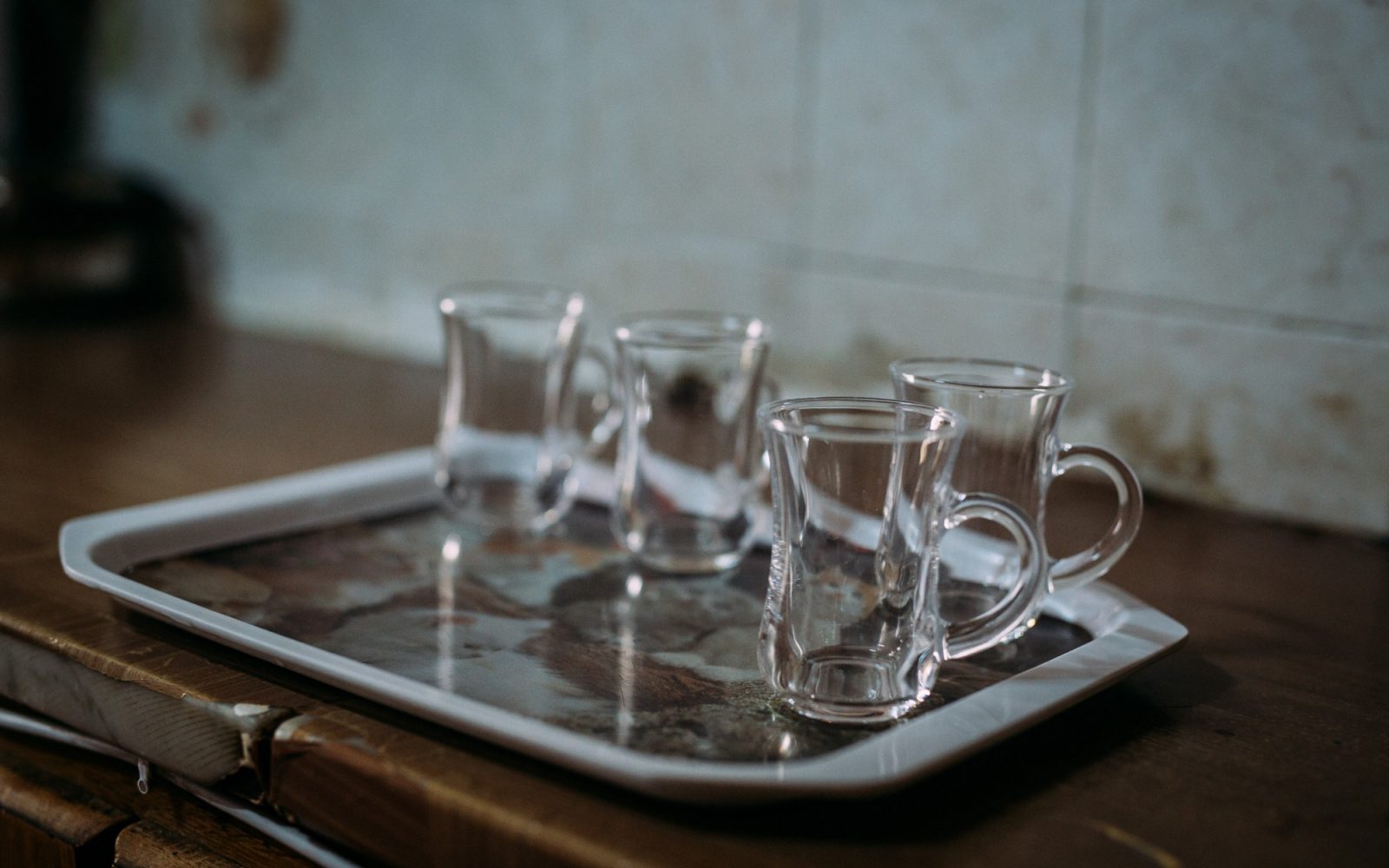 Nour: dreaming of being a judge.

Today we are visiting Nour in Karak. She is 16 years old and lives in a 3 generation house. Nour’s mother and grandmother are living in the same sparsely furnished apartment, with her father and two siblings. At 16, Nour hasn’t visited school for 3 years. She tried to go back to school after they fled Syria, but after 14 days her father took her out again. We are sitting in a circle of women: grandmother, mother and Nour, aunts and Anna, who is helping me translating.

Back in the day everything was better in this country, said the aunt. If you came from Syria, Jordanians admired you. The education and the culture was admired by them. Today, says the mother, everything is different. They have trouble with the neighbors, she says. They don’t like to leave the house and therefore stay in their apartment. Trash was thrown at them and they were called names. They feel discriminated in the country.

I asked Nour about her daily routine. She told me: waking up, eating, sleeping, and every now and then she is allowed to go to the fitness center. There are three grown up women and two children, so there is not a lot of housework. Each woman says, their days are extremely boring. Nour’s father works. Her 14 years old brother earns money as a butcher. Last year, Nour worked in a store to pay for her braces.

They fled Damascus in 2013. First they stayed in the country, then went to the Lebanon, then to Jordan. Two brothers and the grandfather disappeared in Syria. The women take a picture of the wall and show me the missing persons. They don’t have hope for the brothers, but the grandmother believes that her husband is still alive somewhere.

There is an afternoon program at school from 3 pm to 6 pm for pupils, who haven’t attended school for a long time, just like Nour. But a girl is not allowed to go home by herself after 6 pm. At this time, the father doesn’t want to see his daughter outside. That’s the reason she is not attending.

Nour dreams about becoming a judge. She smiles friendly when she tells me that her grandmother dreams of her husband to be alive.

We tell her about the planned afternoon program of Vision Hope. Young women meet there, exchange thoughts and participate in workshops. It is about manifesting the personality and help women to move forward. This way the women get the chance to see something outside their own four walls. Nour laughs when we tell her about the program, her mother listens carefully. She would love to attend the program. At the moment, the team of Vision Hope turns every stone to get the afternoon program running again. This work is so important, so that young women learn something before they are married off.

The family denied an immigration to Canada. The culture and language are just too different. They allowed me to take an anonymous picture.
In Syria they had visitors coming over more frequently, the mother said. Our visit was so nice. She thanks us more than once and asks us to come and visit again.