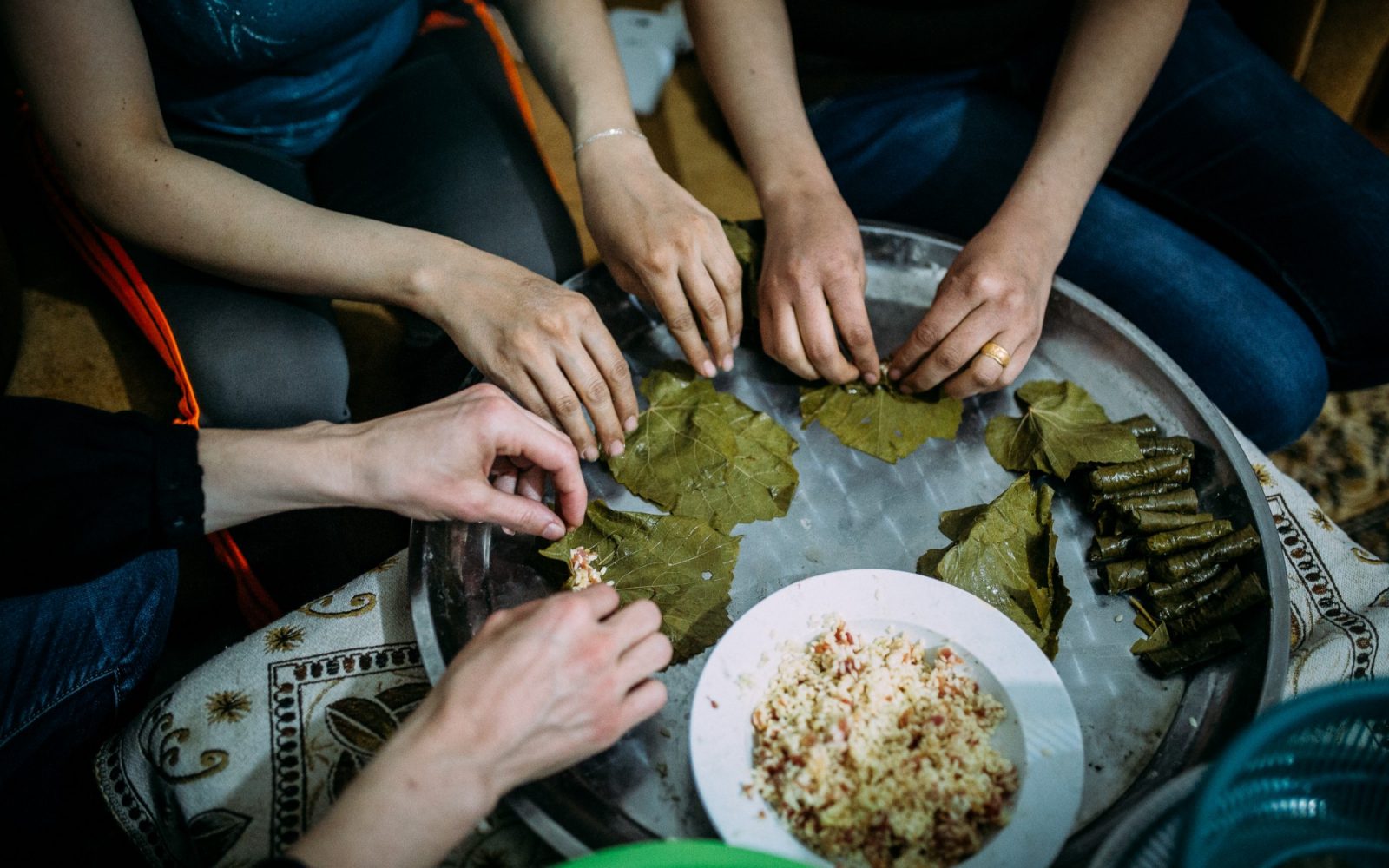 Saida is 27 years old. She left Damascus in 2013. The family of four lives now in Karak, in the South of Jordan.

They had to flee because her husband didn’t want to join the army. Her husband is a craftsman not a soldier. First they arrived in Camp Zataari, her sister-in-law bought them free from there. It was really cold in the camp, there were only thin blankets, the 10 days spent there felt more like 10 years. They had to get into a lot of debt, just to be able to escape. Especially the way through the desert was really hard. It took a lot of time and they had to hide at the border for 2 days.

Saida’s children participated in the afternoon program of the Vision Hope kindergarten the whole time. She is proud that during that time, her children learned how to speak English and got help with the homework. The Hope Kindergarten of Vision Hope is a big support. Especially because she only attended school until 9th grade, and that’s why she can’t help her kids. The most important thing in life is education, she told us more than once.

Saida is very economically. Every penny which is left she is sending to Syria. Her sister there has 3 kids and her husband was murdered. In general, she is really thankful to be able to live her in Jordan, nevertheless it’s unbearable to know that the family is suffering. She tells us, that the simplest things, like food, bulbs, gas for the oven, are missing in her home country. She feels really sad about that. Her biggest dream is to see her sister again. And to help to rebuild Syria.

It is really hard to have to rights, just to be a guest. In her previous apartment, she started to work, thereupon her landlord cancelled the contract. The prices for rent exploded even in the country sides. She can easily understand Jordanians. It’s just not that simple. A lot of Syrians are working illegally; the Jordanians can’t afford the price dumping.

When I asked her if her children have memories about the war, she’s nodding. They are 10 and 9 years old now, and live here for 3 years. Nevertheless, they are very fearful. Some time ago there was a plane show in the city, the kids screamed and hide. When there is loud noise, they flinch and are fearful. In addition, she overheard how the two were talking while playing: “Do you still remember the day our house got hit and grandpa was lying there in his own blood?”

Saida doesn’t want to be in the pictures, but it is okay to take a picture of the hands.

Vision Hope also offers help for children to overcome trauma. The first steps into the direction of starting the afternoon program again have already been made, Vision Hope is only awaiting additional permits. I keep my fingers crossed, so the projects will be running soon again, because one can see how important their work is.