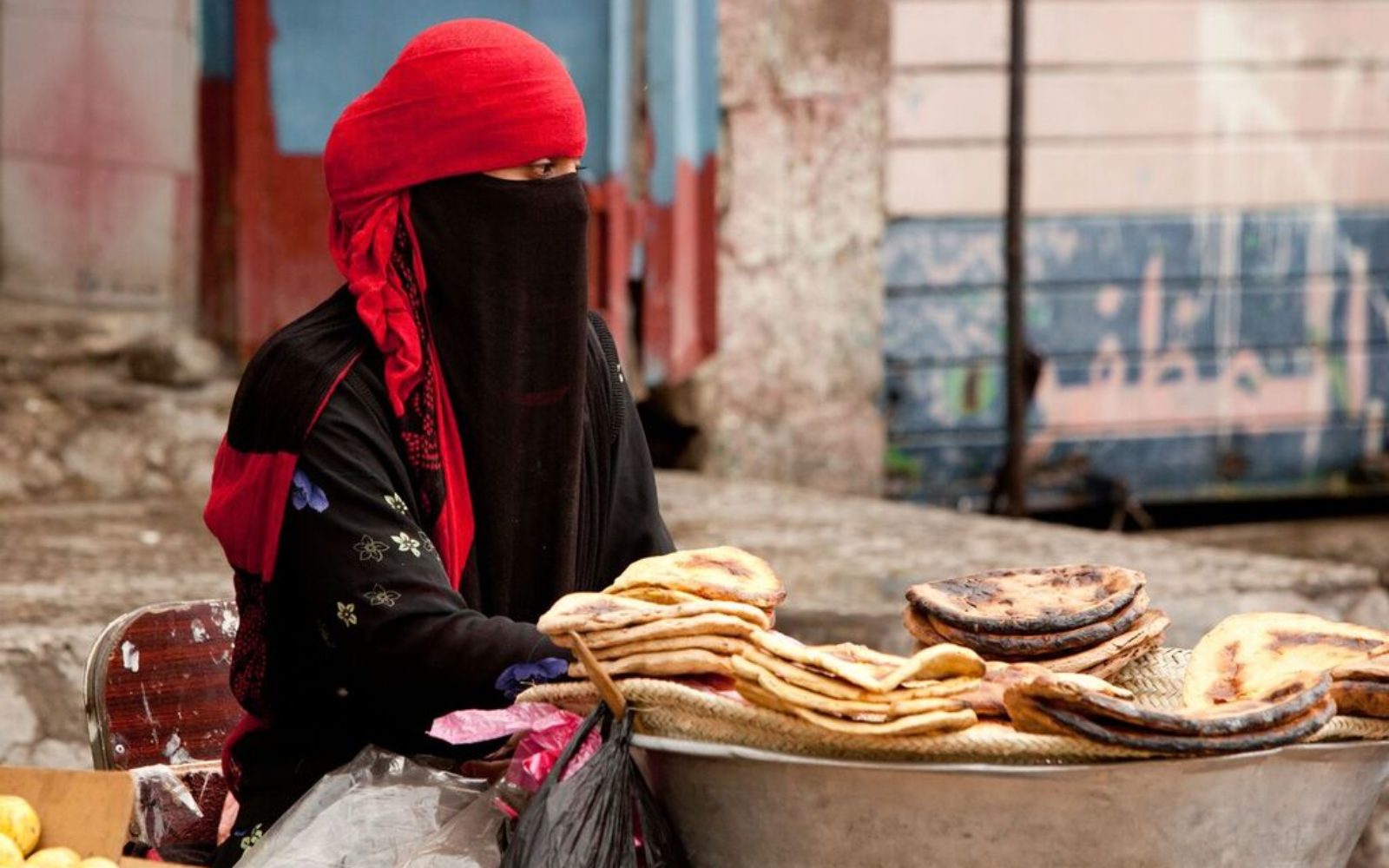 Part 2: The Effects of Child Marriage

by Yasser Baroudy and Sebastian Zimmermann

While the conflict in Syria rages on, countless families have fallen into a state of extreme poverty. Whether they are still living in the country – often as internally displaced persons – or as refugees in neighboring countries, many now resort to the marriage of teenage girls to ease their financial burdens, as well as to provide the girls themselves with financial security and protection from violence (https://vision-hope.org/girls-like-me-a-three-part-series-on-child-marriage-among-syrian-families/). However, the perceived benefits of child marriage often prove to be false, as the practice actually harms the girls physically and psychologically. Teenage pregnancy and motherhood, coupled with high rates of divorce among child brides – many of whom now have children of their own to care for – force the families into even more dire levels of poverty. The girls are less likely to finish their education and/or find employment, contributing to what many analysts are beginning to call a lost generation of children.[1] The number of teenage pregnancies in Syrian communities has grown since the beginning of the conflict. While there are other contributing factors – especially the systematic rape of girls – the major cause is child marriage.

Having lost her mother when she was only 4 years old, Selma grew up with her father and stepmother. At the age of 13, they forced her to marry a 17-year-old boy. Because her husband was quite young himself and still financially dependent on his family, the couple lived with his parents. Selma’s in-laws demanded that she clean the house, wash clothes, and cook for them, while heaping abuse and insults on her. The situation was so desperate that within the first year of marriage, Selma tried to take her own life.

At 14, she became pregnant. Because the baby was larger than her young body could handle, she had to have a C-section. Due to complications, the baby died, and the doctors had to remove Selma’s uterus to save her life. Faced with her child’s stillbirth and the inability to ever become pregnant again, while still living with her abusive in-laws, Selma developed chronic depression. Still a child himself and unable to help his wife, her husband soon divorced her. She now faces an uncertain future, as she is divorced, no longer in school, and unable to have children.

Among many Syrians, there is a strong cultural norm of women becoming pregnant shortly after marriage, and child brides are not an exception. However, teenage pregnancy carries grave health risks for both mother and child. The mothers have higher rates of dangerous conditions, such as eclampsia (seizures due to high blood pressure in pregnant women), as well as uterine and systemic infections, than pregnant women over the age of 20; some, like Selma, have bodies that are simply too small to carry a child. Their babies are particularly susceptible to complications like low birthweight and preterm delivery, both of which can have life-long effects. These problems can be especially severe considering that child brides who become pregnant as teenagers tend to come from impoverished backgrounds and lack access to proper nutrition and medical care.

In addition to the physical dangers of teenage pregnancy, the mothers are at greater risk of suffering from serious psychological issues, such as post-partum depression. Because they are often not prepared for motherhood, they experience a more intense need for psychological and social support than women who give birth after the age of 20. As these young mothers are still girls themselves, they are frequently unable to provide their children with the care that they need in order to thrive. Suddenly expected to take on the role of wife and mother, child brides are often overburdened by their new responsibilities. Frequently, these marriages end in divorce.

Ayah was only 13 years old when her father forced her to marry a 35-year-old man. On her wedding night, which she called the “longest and hardest night of my life,” her husband abused her so severely that she had to be hospitalized and undergo surgery. He insisted that she had to become pregnant, but she rejected the idea of becoming a mother so early and began to secretly take contraceptives. When he found out two years later, the abuse escalated until he divorced her.

While divorce might be a blessing for girls like Ayah, it puts them in a difficult position. Many child brides drop out of school as soon as they are married so that they can take on their new responsibilities. Not finishing their education or developing professional skills causes them to become completely dependent on their husbands. Once divorced, they are often unable to go back to school or find employment due to issues such as social stigmas, the need to stay home and care for their children, being several years behind in school, and/or lack of skills due to total dependence on their husbands.

A particular problem that Syrian child brides face, especially refugees getting married to men in their host communities, is that their marriages are often not officially registered. In Kurdish host communities, underage Syrian girls being forced into marriage was reported in 15 out of 19 refugee camps. Not only did several families acknowledge that they married their underage daughters off to men in the local communities, but also that these men were already in their second (or even third or fourth) marriage with Syrian girls. Many of these marriages were never officially registered, leading to a situation in which the husband can easily divorce his wife without her having any legal recourse against him.

Syrian families often marry off their young daughters in order to cope with extreme destitution. However, when the divorced girls return home, the result is often that they fall into even more dire poverty.

At the age of 15, Nada, a Syrian refugee in Jordan, was married to a Syrian man and soon became pregnant. After the birth of her son, her husband divorced her, and she was forced to move back in with her family. Because she is now a single mother, she is unable to finish her education, and the potential for finding employment is low.

Like Nada, when child brides are divorced, they often have no option but to return to their families. They frequently bring with them children of their own, presenting already impoverished families with additional mouths to feed. The girls’ chances of finding a job, so that they can provide for their children, are dismally low, with unemployment among Syrian women upwards of 70% in some areas. The result is that many of the children of these child brides are growing up in absolute poverty.[2] The babies of child brides are joining millions of Syrian children who are at risk of becoming a “lost generation.”

When children are raising children, particularly in a country at war, both generations become more vulnerable. The mothers are much less likely to finish school and find employment opportunities, and, rather than learning folk songs and cultural stories, their children grow up knowing nothing but poverty and war. While the long-term effects on the children born to child brides in Syria cannot yet be ascertained, case studies in Afghanistan and Yemen – both of which have seen long periods of war and have rates of child marriage that chronically exceed 50% – suggest that the children are more susceptible to radicalization and recruitment into armed factions. This radicalization comes at a critical time for rebuilding countries devastated by endemic war and poverty, when there is an immense need for an educated population to begin training as doctors, lawyers, engineers, and teachers. As such, child marriage not only increases the poverty of the families engaged in the practice but also decreases the potential for the country to achieve peace and prosperity following the period of war.

Child marriage among Syrians will likely continue, possibly at increasingly higher rates, until a political solution to the seven-year conflict brings about the potential for social and economic development, especially for families in absolute poverty. However, interventions – particularly among refugee communities outside of Syria – are proving successful in helping girls like Selma, Ayah, and Nada get back into school and/or find employment, and even prevent underage girls in similar circumstances from becoming married. The third and final article in this series will look at small-scale interventions that help child brides gain the skills they need in order to achieve self-determination, as well as what is necessary to end the practice of child marriage altogether.

[1] Exact statistics regarding the rates of Syrian child marriage, teenage pregnancy, and divorce — particularly within Syria itself — remain elusive due to the ongoing conflict.

[2] At the World Summit on Social Development in Copenhagen in 1995, the UN defined “absolute poverty” as “a condition characterized by severe deprivation of basic human needs, including food, safe drinking water, sanitation facilities, health, shelter, education, and information.”