Tasneem: a child’s speech delay and a mother’s perseverance

Reem Omar, Intern in the VHI Regional Office in Jordan

A typical 2-year-old can say about 50 words and speak in two- and three-word sentences. By age 3, their vocabulary increases to about 1,000 words, and they speak in three- and four-word sentences.* When unable to express their needs by words, children can become less confident, reduce their interactions with their surroundings, and begin to reject any changes to their environment.

This was the case for Tasneem, a four-year-old girl from a city 80 km north of the Jordan capital Amman called Al-Mafraq governorate. At the age her peers were forming sentences and learning how to interact verbally with their surroundings, Tasneem continued to speak only in one-word sentences due to having the speech delay.

Although fully aware of her surroundings, she limited her interactions with others, preferring to sit alone and observe rather than to join other children in play. Her family has tried to encourage her and support her to develop her speech and learn to interact with her environment, but with little outside support, they have been limited in their success.

Tasneem’s mother, however, always believed her daughter could overcome the speech obstacle and searched for resources to help support her development. She tried to register Tasneem for kindergarten, hoping the exposure to other children would help, but she was refused again and again; teachers thought that Tasneem would affect the other children and they did not have the resources to deal with her within a classroom. Finally, she heard about Hope Kindergarten. Although farther than the other kindergartens, she decided to give it a try, and it was then that everything started to change.

In 2013 and 2014 Vision Hope International (VHI) partnered with two local NGOs, Manshia Bani Hassan in al Mafraq and Branches of Mercy in al Karak, to implement two Hope Kindergartens in the north and south of Jordan. Their main goal is to help local and refugee children with education, training, and integration. The kindergartens are based on a Montessori-style 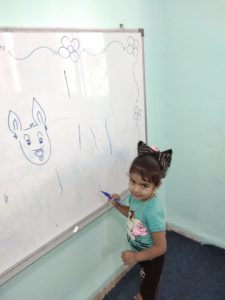 curriculum to increase the interaction between Jordanian and Syrian children and thereby increase acceptance on both sides. Having heard about the program, Tasneem’s mother went to the kindergarten with the hope for a new start. The Kindergarten not only welcomed Tasneem to join their program, but they also made sure to provide her with specialized attention, love, and support.

At first, it was not easy to convince Tasneem to go to the kindergarten; she was hesitant to enter a new environment and refused to get on the bus. After much cajoling from her mother, however, she began to attend. Met with nothing but patience and care from the teachers, she soon started to look forward to her time at the center, excited even for the bus that would take her there each day.

Walk with hope even in your most challenging times…

In the Hope Kindergarten, Tasneem was treated normally, like all of the other children. The teachers involved her in many activities and games, encouraged her to be herself and express herself in her own way, she puts her in different situations: reading, doing a presentation, and sharing in groups… just one month, what Tasneem’s mother had dreamed of began to manifest: Tasneem started overcoming her speech impediment and pronouncing new words.

According to her mother, “The attention and encouragement that my girl received from the teachers in the Hope kindergarten made her more confident and comfortable in expressing herself.” Through her time at the center, her mother explains, “She started pronouncing words like her name, mama, water, teacher, and started to express her needs and interests. I knew she could do that; I always believed she could.” 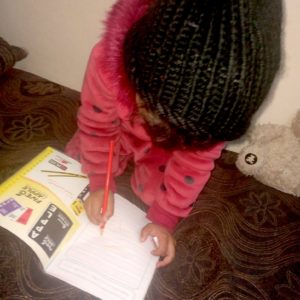 Tasneem started at the kindergarten in September 2019, however, due to COVID-19, all education in Jordan has been remote, and Hope Kindergarten, unfortunately, had to be closed as well and all programs were shifted online. Her mother added, “I am sure that there will be a greater improvement if she was able to join the kindergarten again soon”. After 5 months of online classes, the Hope Kindergarten opened its doors again in July 2020 for all the children following governmental restrictions due to the COVID-19 pandemic situation. She can speak now in six to seven-word sentence and engage with other students.

Seeing the encouraging developments of Tasneem, her mother is hopeful for her daughter and very thankful for the passionate engagement of the teachers at the Hope Kindergarten.

At Vision Hope International, we are dedicated to the advancement of human flourishing by empowering individuals, including children, in the MENA Region. Bringing hope back to these people is one of the main foundations of our work. 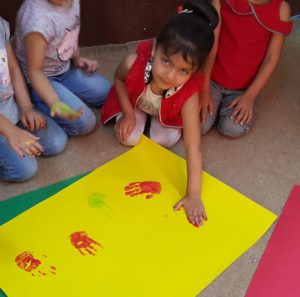 From a Victim of Bullying to a Passionate Student, The Story of Sana’a and Ahmad..

Noor Al Awad, Intern in the Regional Office in Jordan

Teacher Sanaa Deeb, 48 years old, is an active volunteer with Branches of Mercy in Karak, Jordan. Sanaa came to Jordan in 2010 across the land border from Syria and began volunteering with the organization in November 2019. One of her greatest skills is her ability to deal with children from different environments regardless of physical or social abilities. She was able to teach 9-year-old “Ahmed” – a fake name –, a student at Branches of Mercy, and she was his favorite teacher as she tried her best to make him feel valued and respected again. Sanaa says: “The school had affected his mental health more than his physical health. He was bullied by his classmates at school and in his neighborhood as well.”

Ahmad has physical disabilities in his right arm and has an artificial limb in his left leg, he was often bullied by his peers, causing challenges for his mental health. After only one year of working with Sanaa, however, Ahmed slowly regained his passion.

Ahmed participated in the home study groups, where kids take important after-school classes. Sometimes he took responsibility for maintaining the class discipline as “the class leader” while helping with other group activities as well. 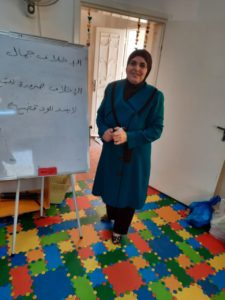 When leading activities that required high levels of physical exertion, Sanaa says she felt for Ahmed when he could not fully participate or when the other students reacted with comments or looks. To address this, she worked to help him gain back his confidence, while also subtly raising the students’ awareness regarding his physical disabilities. According to Sanaa, when dealing with students with special needs, it is vital to provide continuous support and avoid discrimination between them and their peers. She explains, “I did not treat him differently from the rest. Even when he gave me the wrong answers, I did not show any exaggerated sympathy to him.”

Sana’a describes Ahmed as a smart and funny boy, and she noticed that his self-confidence has improved significantly. Similarly, his peers have begun to respect and understand him more. Thanks to her commitment to his integration into the class, Ahmed has improved his mental health and school performance. Furthermore, he has built a strong relationship with her, staying in contact even after his year with her had ended. “I hope I can stay longer as a student in her class,” Ahmed says.

From 2019 to 2020, Vision Hope International and our local Jordanian partners have worked with 22 children with different disabilities. We have supported them by enhancing their self-confidence, highlighting their strengths, and letting them discover their abilities. We helped them confront society, accept themselves, and integrate with other children. Everyone has a role in our treatment plan: teachers, supervisors, parents, and also friends.”

Not only did this experience benefit Ahmed, but it has also reinforced Sanaa’s abilities and allowed her to discover her skills by dealing with children with special needs, Sanaa says gratefully: “Thank God this child has been put in my path. He enabled me to learn more about such children.”

Sanaa aspires to teach teenagers in the future, as she also felt she had a gift in dealing with them while raising her daughters. She recommends volunteering as it benefits people personally and allows them to make a difference in society. “Volunteering helped me build relationships and connect with the outside world, it brought me closer to people, improved my self-confidence and communication skills a lot, ” says Sanaa. She adds: “Volunteering makes the individual feel valued.” 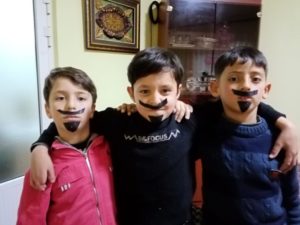 “Branches of Mercy has inspired me to come up with many ideas from previous practical experiences through pieces of training, meetings, and organised work. I have also learnt how to communicate and work with children making them learn while playing using training skills and methods.”, Sanaa says. She appreciates the fact that she can deal with students with special needs from now on and she is happy about her achievements.

This website uses cookies to improve your experience while you navigate through the website. Out of these, the cookies that are categorized as necessary are stored on your browser as they are essential for the working of basic functionalities of the website. We also use third-party cookies that help us analyze and understand how you use this website. These cookies will be stored in your browser only with your consent. You also have the option to opt-out of these cookies. But opting out of some of these cookies may affect your browsing experience.
Necessary Always Enabled

Any cookies that may not be particularly necessary for the website to function and is used specifically to collect user personal data via analytics, ads, other embedded contents are termed as non-necessary cookies. It is mandatory to procure user consent prior to running these cookies on your website.